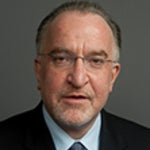 During the course of his professional career, Mr. Melnick has prosecuted and defended against hundreds of civil and commercial disputes, and has extensive experience litigating claims of breach of contract, negligence, securities fraud, bad faith, defamation, employment discrimination, lender liability, breach of fiduciary duty and unfair trade practices.

He also has prosecuted and defended against numerous actions alleging copyright and/or trademark infringement, patent infringement, unfair competition, defamation/libel, invasion of privacy, RICO violations, and violations of the First, Fourth, Fifth, and Fourteenth Amendments to the United States Constitution.

Mr. Melnick has additional experience prosecuting and defending against claims made and/or actions commenced before local, state and federal administrative and/or regulatory bodies, including the SEC and FINRA. He has further experience representing clients in connection with a wide variety of real estate, matrimonial and criminal matters. An accomplished appellate advocate, Mr. Melnick also has briefed and argued numerous appeals, both in state and federal court.

Thank you for contacting us. We will get back to you shortly.

Please complete all required fields below.